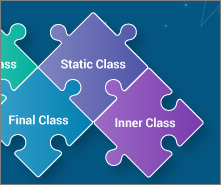 For my own review…

Local classes are classes that are defined in a block, which is a group of zero or more statements between balanced braces. You typically find local classes defined in the body of a method.

But in my experience, it’s more common for an anonymous class to implement an interface, rather than extend a class.

And the interface is this:

Anonymous classes can often be replaced by lambda functions.

Start with a functional interface, such as: