There are variations, but also common themes and well-established guidelines.

Where do I Install my Stuff?

By convention, software compiled and installed manually (not through a package manager, e.g apt, yum, pacman) is installed in /usr/local/.

If you just need to extract a tarball and run directly (e.g. Firefox) then put it into /opt/.

Why So Many Variations?

In addition, there is also /opt which is for monolithic non-distribution packages, although before they were properly integrated various distributions put Gnome and KDE there. Generally you should reserve it for large, poorly behaved third party packages such as Oracle.

Run the man hier command to see what you have.

A diagram from here: 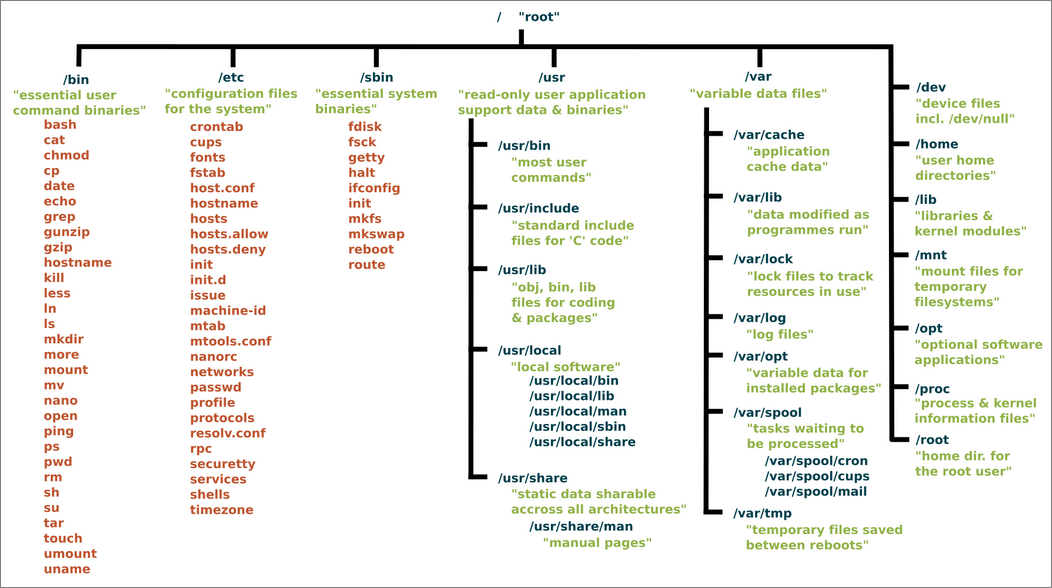