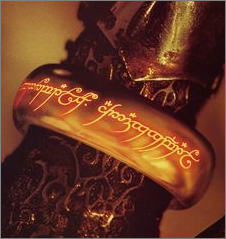 Some notes I keep misplacing - so I gathered them here. If I misplace this, then all bets are off.

Language tags - what they are and how to construct them.

Make your tags as short as you need, not as long as you can.

Examples from the guide:

Overall structure of a tag:

Some notes of each of these can also be found in the Locale javadoc. But note that Java’s use of these terms does not map exactly to the BCP 47 terminology.

How to choose the right language tag?

Lots of helpful notes and guidelines there.

BCP-47 validator - Paste a list of tags into its input field, and it will validate them all for you.

The BCP-47 “standard” is not prescriptive.  There can be different ways to construct reasonably unambiguous language tags which mean more-or-less the same thing.

(In this case, cmn is much less ambiguous than zh-CN, so I’d want to use that. In fact, I’d probably want tags such as cmn-Hans, yue-Hant, and so on - and maybe even access to a panel of philology and linguistics experts.)

One seemingly never-ending debate which results from this flexibility is:

Can I just use the language subtag, and be done with it, for most of the languages I need?

Let’s say I use en for English. I may quickly decide that this is not good enough.  American English is sufficiently different from British English - and I happen to care about the difference† in my application - and in any other application which receives my data.

…and German vs Swiss German… you get the picture.

But should we just bite the bullet and standardize on language-region for all our tags? Or can we use it for Italian, for example? I just know that the day after we go live with it for Italian, we’re going to wish we’d distinguished it-IT from some other flavor of Italian…  The same goes for languages such as ja (Japanese) and he (Hebrew).

And then there are languages where it’s not uncommon to have different scripts for the same language - for example, Serbian: sr-Cyrl and sr-Latn.

You can’t predict the future - you can only do your reasonable best to anticipate it. So, assume that whatever you decide, it will need to be changed at some point.

For example, in the context of master reference data stored in a relational database table:

Never try to use language tags as primary keys in your DB.

Instead, assign synthetic primary keys (sequential integers, or UUIDs, or whatever). That way you will stand a fighting chance of managing changes, when they inevitable show up. By all means, add a unique index to the language tag column - just don’t make it the primary key.