Here are some notes I’ve been meaning to write up and post for a long time. 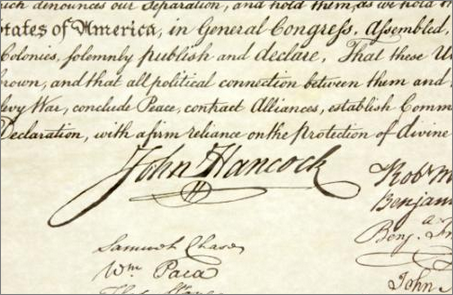 The ability to perform functional-style operations on streams of elements (not to be confused with I/O streams) was introduced in Java 8, all the way back in March 2014. Combined with generic methods, (introduced in Java 5!) this provided a great deal of new flexibility - albeit with a learning curve for those of us who never spent much time studying bounded wildards. 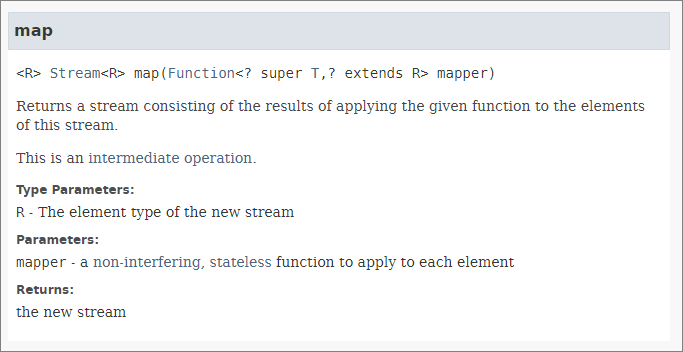 That method signature has a lot going on:

A basic example implementation is this:

In the above example the implementation is this:

How does that statement match the method signature?

Now, we have the following implementation of map():

Again, how does this lambda function relate to the method signature?

Looking at the overall map() method, we can state that it take a Stream of objects as its input, and generates a (presumably modified) Stream of (potentially different) objects as its output. The method description makes this clear - as does the Stream<R> return value.

Looking at the other elements of the map() signature, we can see take the following as a method parameter:

What is this Function interface? 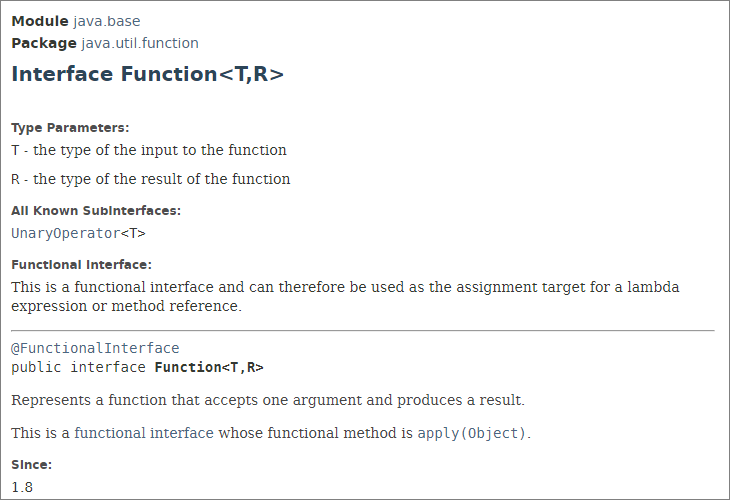 This is what is responsible for transforming each input object into a related output object. For example, converting lower-case letters to upper-case letters, or creating Student objects from the relevant Person objects.

For this latter example, we might write that code as follows:

Here, we have embedded an anonymous class into the stream, in place of the lambda function we used earlier. In this case, the class is an implementation of the Function interface, and implements the necessary apply() method.

(One consequence of this is that it helps to make the lambda expression as concise as possible.)

Furthermore, this explains how we can replace our anonymous class example with the lambda expression we already saw:

In this lambda expression, p is the single input parameter - a Person object.

The body of the lambda expression is: new Student(p.getId(), p.getName())

In our very first example, we saw this:

This is a Java method reference, which is a special type of lambda expression. It can be used here because the toUpperCase() method takes a single input, and produces a single output - which fits with what the Function.apply() abstract method expects.

That just leaves this:

These are bounded wildcard declarations - two of them:

Parameterized types are invariant.  For example, List<Type1> is neither a subtype nor a supertype of List<Type2>.

Why are parameterized types not covariant?

If you have the classes Cat and Dog which are subtypes of class Animal, then you can do this:

But you cannot then do this:

If List<Animal> animals = dogs; was valid Java, then you would be able to do the following:

Generics only enforce their constraints at compile-time (due to type erasure).

The expression Iterable<? extends E> means “iterable of some subtype of E” - and remembering that any type is considered a subtype of itself.

Similarly, the expression Collection<? super E> means “collection of some supertype of E” (also including E itself).

He gives the example of a generic stack, with these methods:

which are fine for handling individual items - but then he asks: Suppose we want to add a method that takes a sequence of elements and pushes them all onto the stack.

The above works, as long as you are dealing with objects of type E. But if your objects are a subtype of E, then the above will fail, because parameterized types are invariant.

And also a similar popAll(Collection<E>) method…

The solution is our bounded wildcards. This is how Java provides a way around the “parameterized types are invariant” restriction.

So, we can define this:

When you have an API which handles typed collections, then you have exactly this situation.

Of course, most of the time (maybe all of the time), as a user of such an API, you probably never think about the bounded wildcards - you just use the API and get on with the rest of your day.

Other ways I have seen this explained:

With help from this answer on Stack Overflow…

The Function’s map() method produces a collection of objects. Using <? extends R> means that the objects in the collection can be a subtype of R.

Conversely, when reading values from the input stream, the collection being consumed can contain supertypes of type T.

The reasoning here is that unlike Collection<? extends Thing>, Collection<? super Thing> can always hold a Thing no matter what the actual parameterized type is. Here you don’t care what is already in the list as long as it will allow a Thing to be added; this is what ? super Thing guarantees.